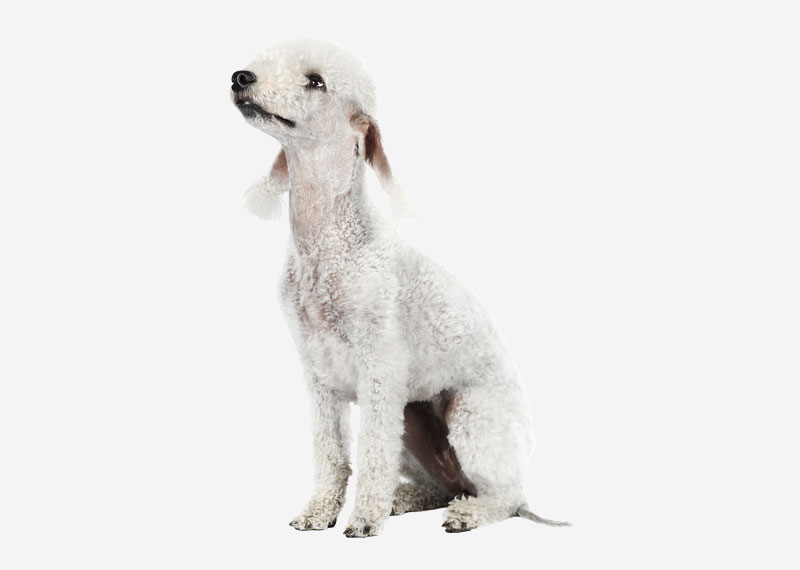 The Bedlington Terrier is a dog breed of small dog named after the mining town of Bedlington, Northumberland in North East England. Originally bred to hunt vermin in mines, the Bedlington Terrier has since been used in dog racing and dog fighting, as well as in conformation shows, numerous List of dog sports, and as a companion dog. It is closely related to the Dandie Dinmont Terrier, Whippet and Otterhound.It is described as being both good with children and "fit to kill any other dog of his weight". Bedlingtons carry what is known as the greying gene, a dominance (genetics) trait carried on the G locus (genetics). The fur of the Bedlington creates a shape on the top of the dog's head known as a Chonmage. Although most modern breed standards call for the dog's topknot to be lighter than its body, when the breed was first being formed there was at least one prominent breeder, Mr. Pickett, who believed that the topknot should be darker, not lighter.The dog's coat has been described as shaggy, hard, and rugged in style Its coat is made up of a combination of hard and soft hairs.However, both the AKC and the ASPCA call the breed "mild" and "gentle" and recommends it as being good with children. PetFinder says the breed is soft in temperament, companionable, demonstrative, loyal, and a quiet housedog. Although the breed may chase small animals outside, it is accepting of them inside. The New Zealand Kennel Club warns against keeping them with dogs that have dominate personalities, "as once challenged they are terrifying fighters, despite their gentle appearance", Poodle may have been introduced into the breed to make the coat easier to groom and maintain. They were originally known as Rodbury Terriers, Rothbury Terriers, Many dogs in early shows were dog grooming and dyed to bring them closer to the breed standard and improve their chances of winning.Bedlington Terriers are closely related to the Dandie Dinmont Terrier. One of his descendants, Ch. Femars' Cable Car, was featured on the cover of Sports Illustrated in the February 8, 1960 edition.

Median longevity of Bedlington Terriers, based on two recent UK surveys, is about 13.5 years, which is longer than for purebred dogs in general and longer than most breeds similar in size. The longest-lived of 48 deceased dogs in a 2004 UK Kennel Club survey was 18.4 years. Leading causes of death among Bedlington Terriers in the UK were old age (23%), urologic (15%), and hepatic (12.5%). It is closely related to Wilson's disease in humans. that causes cell (biology) lysosomes to become saturated with copper. This causes the cell to store copper in the Cell nucleus. There are three varieties of the disease: the Asymptomatic Form occurs when copper accumulates but there are no clinical symptoms of the disorder; the Fulminating Form which is seen mostly in young dogs, causes death in two to three days, and is thought to be caused by stress; and the Chronic Form, which is characterized by an extended period of time in which liver disease slowly causes the death of the dog. Bedlingtons also have a tendency to accumulate iron in the liver, but not nearly to the extend that they accumulate copper. 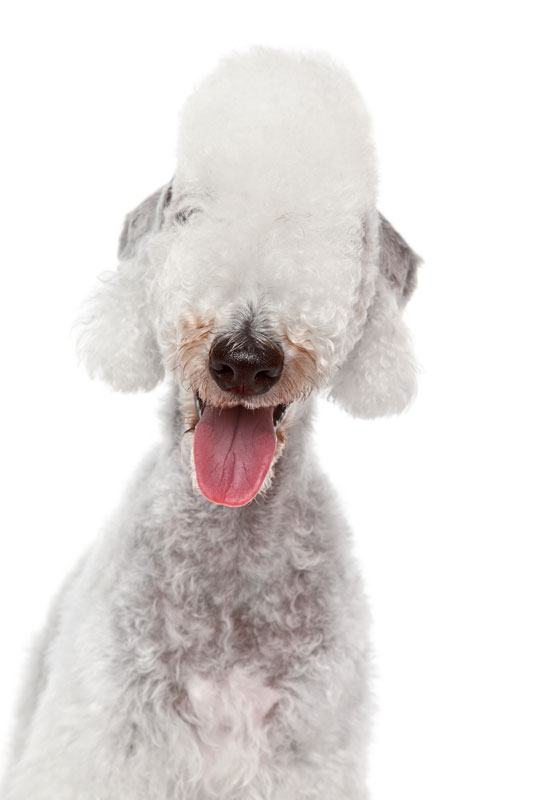 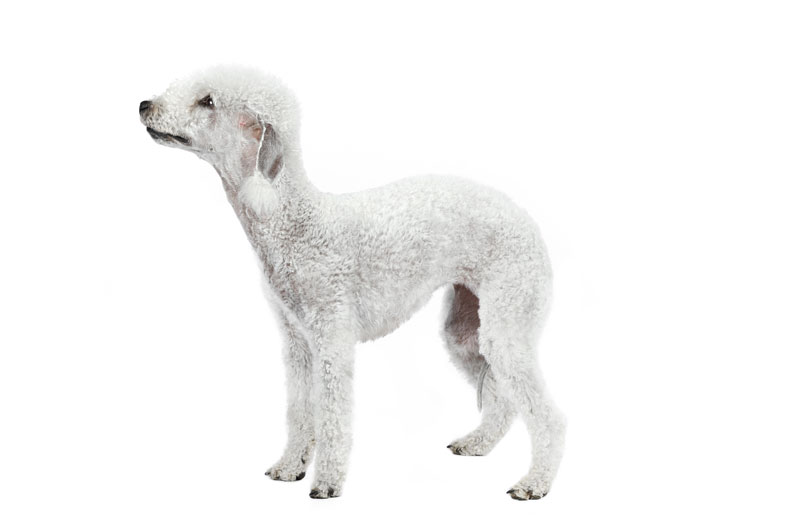