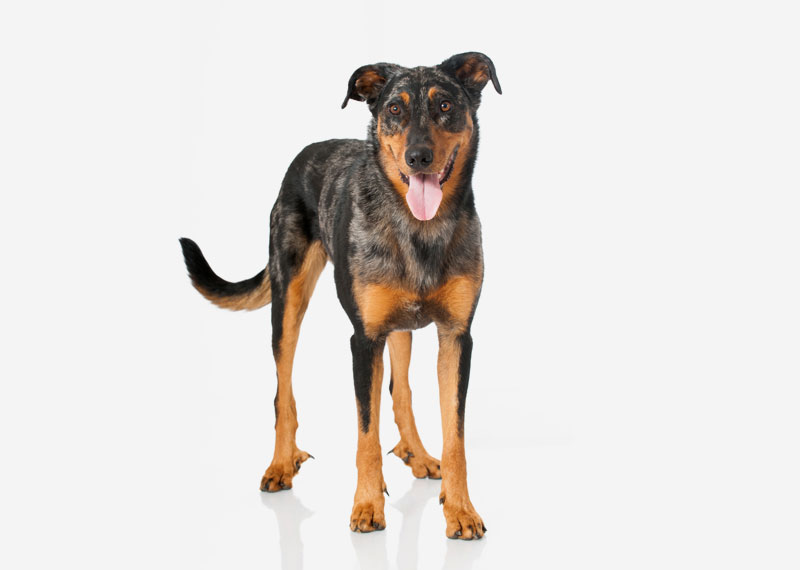 The Beauceron is a guard dog and herding dog dog breed falling into the working dog category whose origins lie in the plains of Northern France. The Beauceron is also known as Berger de Beauce (sheepdog from Beauce) or Bas Rouge (red-stockings).

A French herding breed known for centuries in western Europe, the Beauceron is noted as one of the breeds used to create the Doberman Pinscher.The regional name is somewhat misleading. The breed was found throughout northern France, rather than just in the Beauce region. Although quite different in appearance, the Beauceron and the long-haired sheep dog, the Briard, stem from similar ancestral stock, sharing the trait of double dewclaws on the hind legs. Both were used to herd sheep and cattle. Like the Beauceron, the Briard is found throughout northern France, and despite implications from its name, also did not come exclusively from the Brie region. In 1809, Abbé Rozier wrote an article on these French herding dogs, in which he described the differences in type and used the terms Berger de Brie and Berger de Beauce.In 1893, the veterinarian Paul Megnin differentiated between the long-haired Berger de la Brie and the short-haired Berger de Beauce. He defined the standard of the breed, with the assistance of M. Emmanuel Ball. In 1922, the Club des Amis du Beauceron was formed under the guidance of Dr. Megnin.In 2008, the Beauceron made its debut in the Westminster Kennel Club Dog Show.

History as a working breed

A very versatile breed, the Bas Rouge is used to both guard and herd sheep and cattle. It was once very useful against wolf, now long gone from northern France. The breed served in both world wars as messenger dog, supply transport dog, land mine detection dog, search dog, police dog and rescue dog. 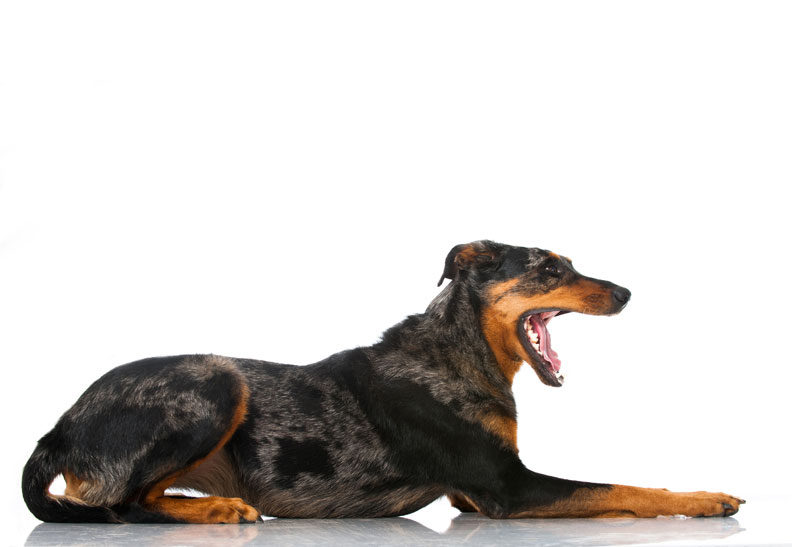 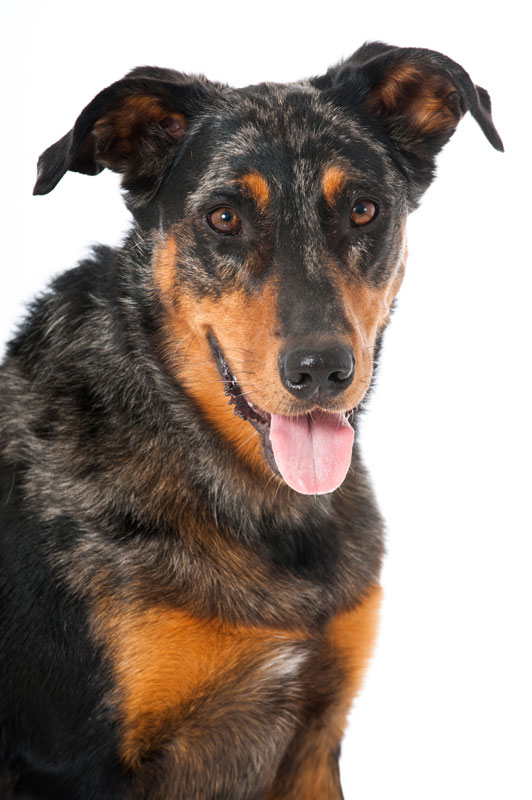