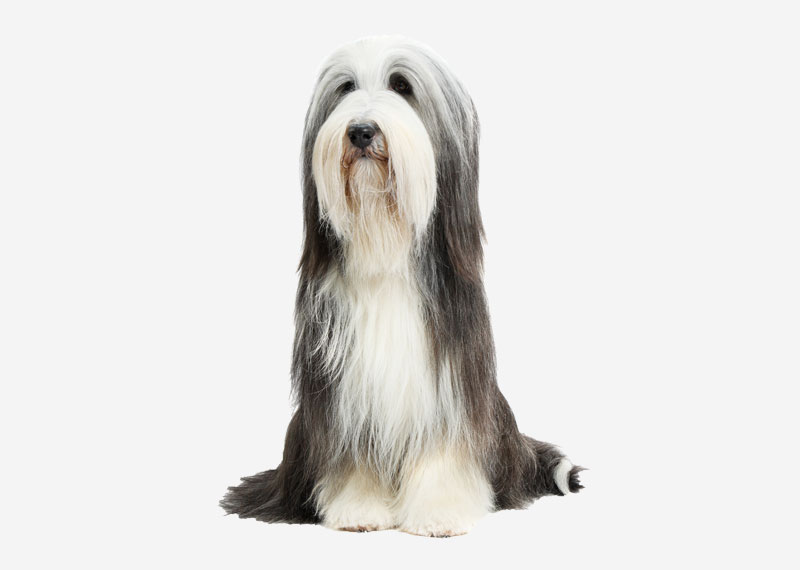 The Bearded Collie or Beardie, is a herding dog dog breed of dog once used primarily by Scotland shepherds, but now mostly a popular family companion.Bearded Collies have an average weight of 18.1kg - 27.2kg. Males are around 53.3cm - 55.9cm tall at the withers while females are around 50.8cm - 53.3cm tall.

The Bearded Collie's history is a mix of fact and legend. Kazimierz Grabski, a Polish merchant, reportedly traded a shipment of grain for sheep in Scotland in 1514 and brought six Polish Lowland Sheepdogs to move them. A Scottish shepherd was so impressed with the herding ability of the dogs that he traded several sheep for several dogs. The Polish sheepdogs were bred with local Scottish dogs to produce the Bearded Collie.It is generally agreed that Mrs. G. Olive Willison founded the modern Bearded Collie in 1944 with her brown bitch, Jeannie of Bothkennar. Jeannie was supposedly a Shetland Sheepdog, but Mrs. Willison received a Bearded Collie by accident. She was so fascinated by the dog that she wanted to begin breeding, so she began searching for a dog for Jeannie. While walking along the beach, Mrs. Willison met a man who was emigrating from Scotland; she became the owner of his grey dog, David, who became Bailie of Bothkennar.Bailie and Jeannie of Bothkennar are the founders of the modern breed; there are only a few other registrable blood lines, preserved in large part by the perseverance of Mr. Nicolas Broadbridge (Sallen) and Mrs. Betty Foster (Bredon). These are based on Turnbull's Blue—a Bearded Collie from pure working stock, registered in when ISDS still registered non-Border Collies. He sired three litters of registerable Bearded Collies.The breed became popular during the last half of the 20th century—propelled, in part, by Potterdale Classic at Moonhill, a Bearded Collie who won Best in Show at Crufts in 1989. The Bearded Collie Club celebrated its Golden Jubilee in 2005.The bearded collie is also very good natured and is good as a family pet and a working dog and a show dog.

The size of an average litter is seven pups.

The median longevity (the age at which half of the population has died and half is still alive) of Bearded Collies from recent UK and USA/Canada surveys (the weighted average of all surveys) is 12.8 years; Beardies in the UK surveys lived longer (median ~13.4 years) than their USA/Canada counterparts (median 12.0 years). Most purebred breeds have median longevities between 10 and 13 years and most breeds similar in size to Bearded Collies have median longevities between 11 and 13 years, so the lifespan of Bearded Collies appears to be on the high end compared with other breeds (at least in the UK). Individual dogs may die much earlier or later than the median. In a 1996 USA/Canada survey, 32% of Beardies died (including accidental deaths) before the age of nine; however, 12% lived longer than 14 years. The eldest of the 278 deceased dogs in the 2004 UK Kennel Club survey died at 19.5 years; the age at death of the oldest dog in the USA/Canada survey was not reported.Leading causes of death among Beardies in the UK are old age (26%), cancer (19%), cerebrovascular disease (9%), and chronic kidney failure (8%). Leading causes of death among Beardies in the US and Canada are old age (18%), cancer (17%), kidney failure (8%), cerebrovascular disease(4%) and Addison's disease in canines (4%).

Bearded Collie owners in the UK reported that the most common health issues among living dogs were musculoskeletal—mostly arthritis and cruciate ligament rupture (CLR)—gastrointestinal (primarily colitis and diarrhea) and urologic diseases. Beardie owners in the US and Canada reported that the most common health problems were hypothyroidism, cancer, Addison's disease, arthritis and skin problems. Morbidity in the two studies is not easily compared, however; the UK report grouped diseases, while the USA/Canada report ranked more specific conditions.

Beardie owners should be aware of the frequency of Addison's disease (insufficient production of glucocorticoids and/or mineralocorticoids in the adrenal cortex) in this breed. It occurs in at least 2%-3.4% of Beardies in the USA/Canada survey, and is the cause of death in at least 1% of Beardies in the UK survey. Although these numbers seem low compared with those of other health issues, the percentages are much higher than for the general dog population (0.1%) and Addison's is responsible for a disproportionate number of deaths among young dogs. Addison's is often undiagnosed, since early symptoms are vague and easily mistaken for other conditions. Bearded Collies with unexplained lethargy, frequent gastric disturbances or an inability to tolerate stress should be tested for Addison's. Addison's can cause fatal sodium/potassium imbalances but, if caught early and treated with lifelong medication, most dogs can live a relatively normal life. 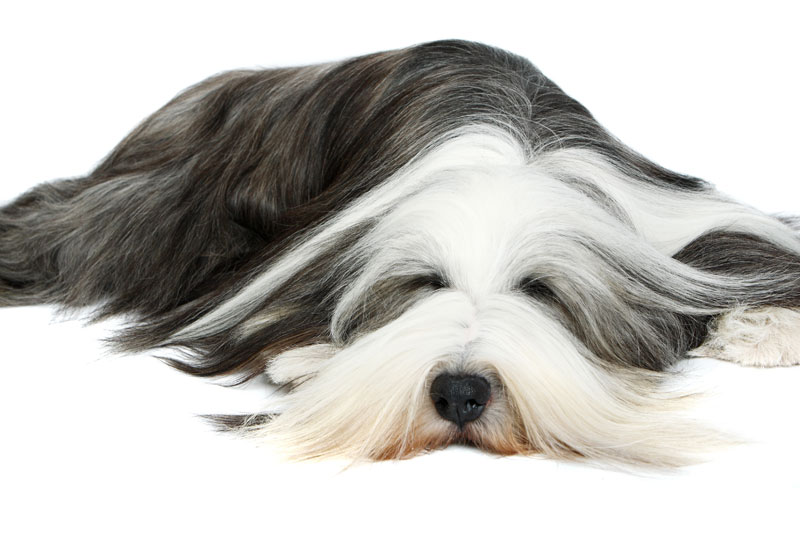 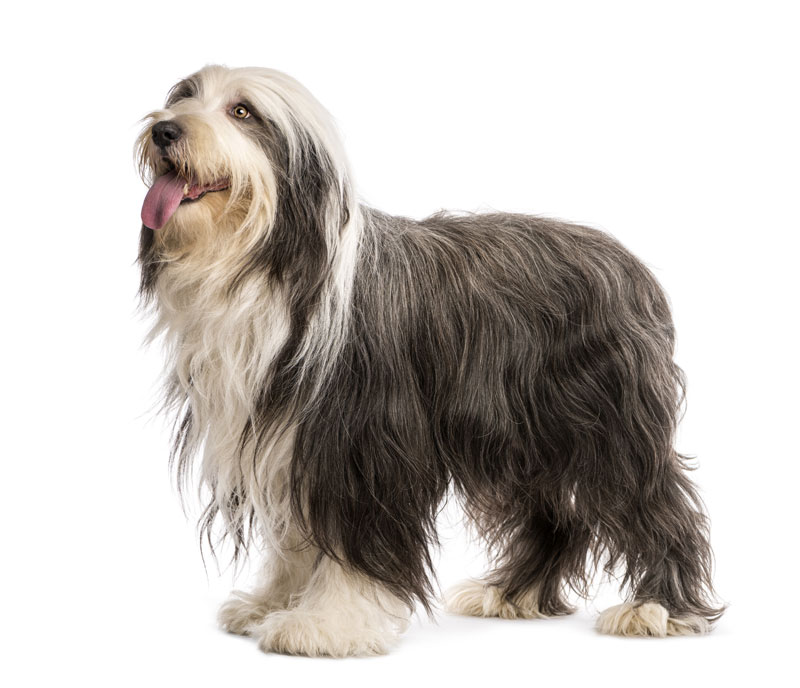