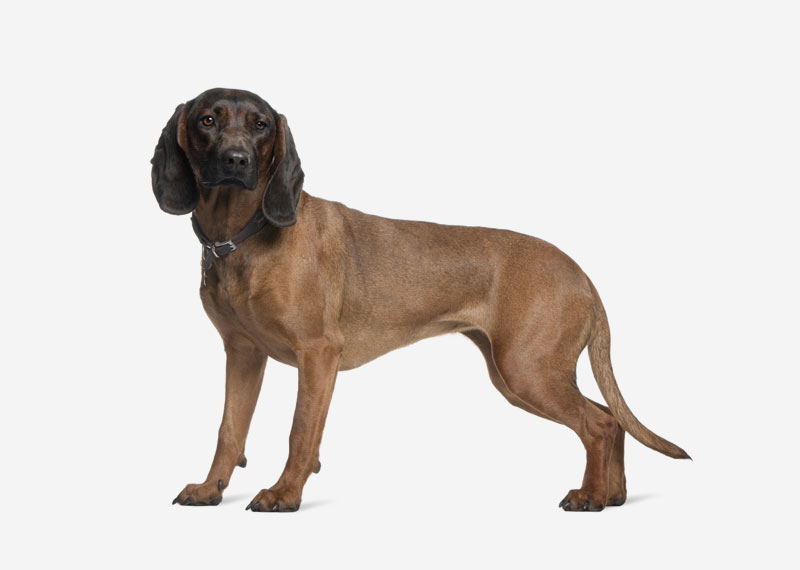 The Bavarian Mountain Hound (German = "Bayerischer Gebirgsschweißhund") is a Dog breed from Germany. It is a scent hound and has been used in Germany since the Middle Ages to trail wounded game. It is a cross between the Bavarian Hound and the Hanover Hound.

The Bavarian Mountain Dog specialises in tracking injured Game (food) following the traces of blood the prey loses after being shot. This hunting discipline comes from the Middle Ages. The weapons used then were imprecise and the animals were frequently wounded and not killed so the dogs were necessary to track them. Gaston Phébus wrote in 1387:
:“It is a great amusement and a really nice hunt when you have a tracking dog and a good dog for the blood…”
The Germans were really meticulous in order not to lose any prey and developed a technique for which they bred resistant dogs with a great sense of smell, a strong bone structure, dropping ears and a steady temperament. These dogs were medium sized and reliable.
The Bavarian Mountain Dog was developed in the 19th century by crossbreeding specimens of the Hannoversche Schweißhund breed and hunting dogs from the Montes Alpes. The result was a hunting dog ideal for the work in the mountains. In 1912, the "Klub für Bayrische Gebirgsschweißhunde", (Club for Bavarian Mountain hound), was founded in Munich. Afterwards, this breed started gaining popularity in Austria and Hungary. 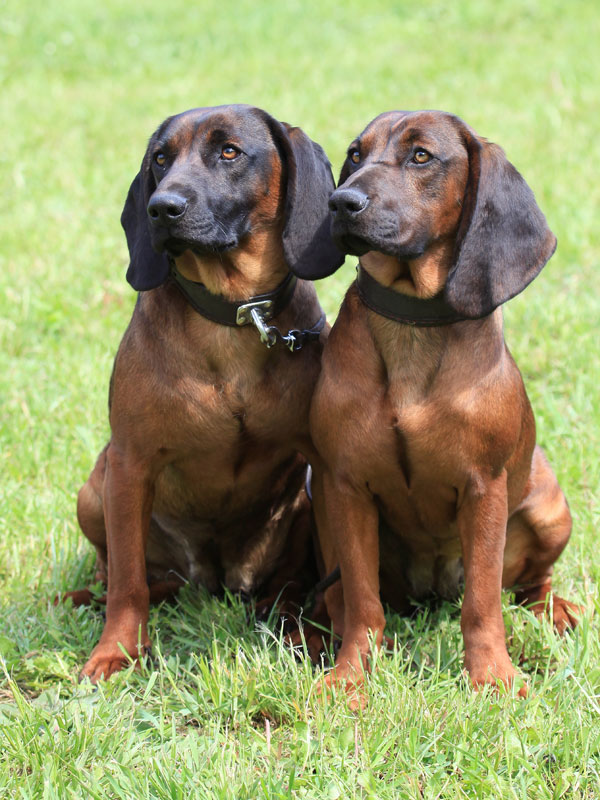