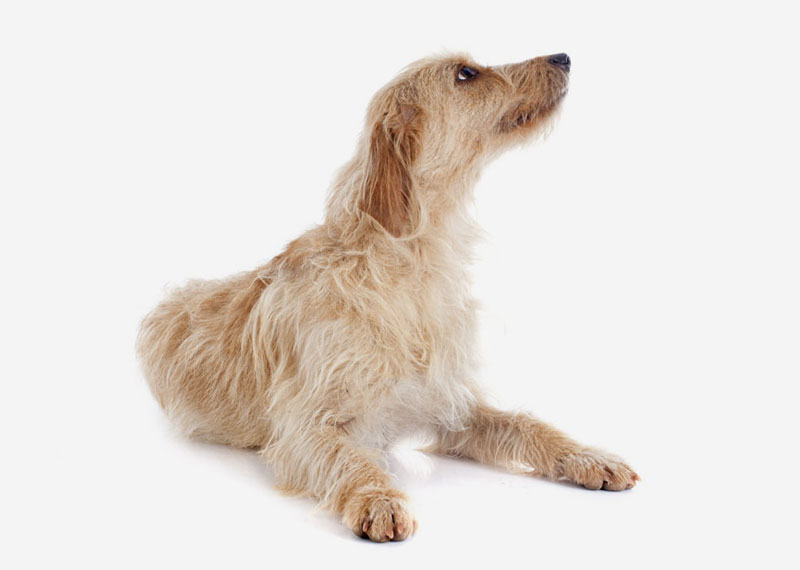 The Basset Fauve de Bretagne is a short legged hunting dog breed of dog of the scent hound type originally from Brittany, a historical kingdom of France.

The breed was developed in France as a hunting dog from the larger Grand Fauve de Bretagne, a breed that is now extinct. There was a rumour that the Basset Fauve de Bretagne was also close to extinction after the Second World War, and the breed was recreated using the remaining examples of the breed and crossing in Petit Basset Griffon Vendéen and standard wirehaired Dachshunds. However, the French club denies this, and says that Basset Fauve numbers were never so low. The middle breed, the Griffon Fauve de Bretagne, still exists but it is certainly rarer than the Basset. The breed in the UK is mainly seen as a show dog and family pet, finally coming off the Kennel Club's rare breed register in 2007. It can also be found in other parts of Europe where it is used to scent trail and also as a family pet. They are loving, happy, outgoing dogs and are good with children, but it must be remembered that they are scent hounds and do retain their love of the hunt so may not suit every family. In the UK the breed has no hereditary faults; however, epilepsy has been identified in some breeding lines in France and other parts of Europe. Some Fauves are born with black in the coat; this may or may not go with maturity. It is less common to see them with white patches but when they do occur it is generally confined to the chest and top of the head. However, even though the black ticking and white patches are not accepted colours, of course it does not interfere with their hunting ability, which is their prime job, and so these colour Fauves are still seen and occur fairly often in litters. The correct colour for a Fauve is anything from fawn to red but it should be solid with darker shaded ears.

There is apparently only one completed health survey of Basset Fauve de Bretagnes, a 2004 UK Kennel Club survey with a small sample size. The French Basset Fauve de Bretagne kennel club, Club du Fauve de Bretagne (http://fauvedebretagne.free.fr/ - in French), is currently (as of July 15, 2007) conducting a health survey, but the questionnaire asks owners about all of their dogs collectively (rather than each individual dog) and does not ask about longevity. The UK Club is planning a new, in depth health survey to be run late 2012 early 2013 in the hope that the longevity can be more accurately represented.

Based on a small sample size of 15 deceased dogs, Basset Fauve de Bretagnes in the 2004 UK Kennel Club survey had a median longevity of 10.4 years (maximum 13.9 years), Most common causes of death were road traffic accidents, cancer, heart failure, and kidney failure. The high incidence of road traffic accidents may be perhaps blamed on this dog's love of the scent. Many pet Fauves go AWOL when they find a scent and this character trait is something an owner must never forget. Fauves can be trained very well in a controlled environment but training is rapidly forgotten once a fresh rabbit trail is found.

Among 84 live dogs in the 2004 UKC survey, the most common health issues noted by owners were reproductive, aural (otitis media and otitis externa), and ocular (corneal ulcers and cataracts). 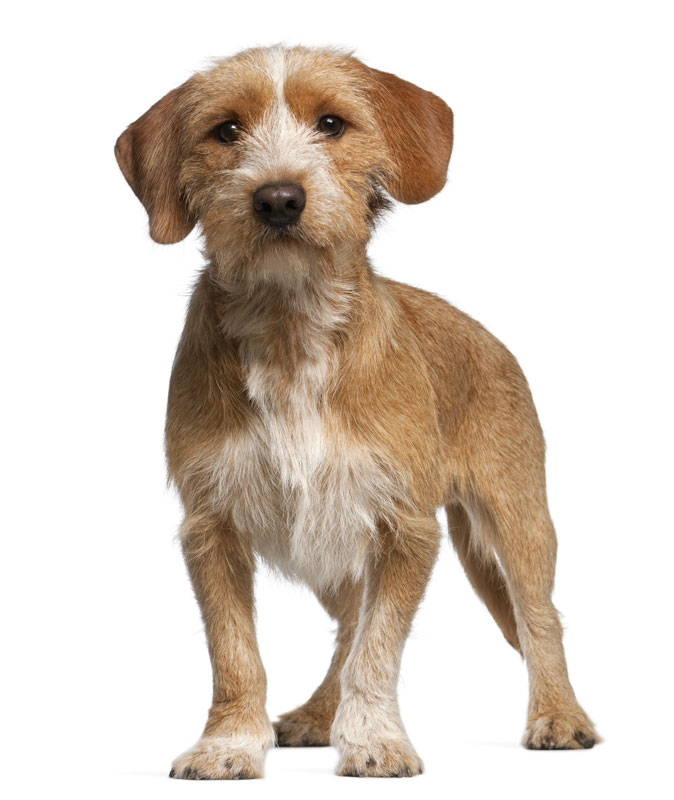