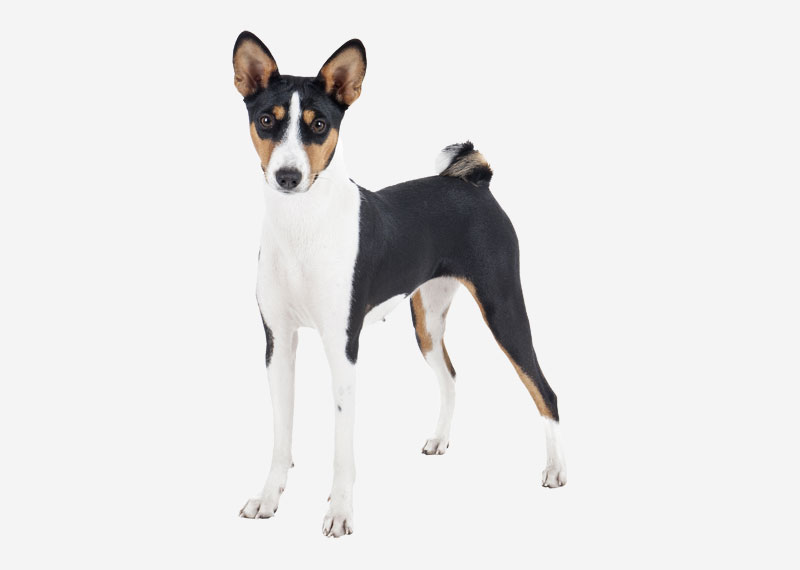 The Basenji is a dog breed of hunting dog that was bred from stock originating in central Africa. Most of the major kennel clubs in the English language-speaking world place the breed in the Hound Group; more specifically, it may be classified as belonging to the sighthound dog type. The Fédération Cynologique Internationale places the breed in Group 5, Spitz and Primitive types, and the United Kennel Club (US) places the breed in the Sighthound & Pariah Group.The Basenji produces an unusual Yodelling-like sound commonly called a "barroo", due to its unusually shaped larynx. This trait also gives the Basenji the nickname "Barkless Dog".Basenjis share many unique traits with Pariah dog types. Basenjis, like dingoes and some other breeds of dog, come into estrous cycle#Estrus only once annually, as compared to other dog breeds which may have two or more breeding seasons every year. Both dingoes and basenji lack a distinctive odor, and are prone to howls, yodels, and other undulated vocalizations over the characteristic bark of modern dog breeds. One theory holds that the latter trait is the result of the selective killing of 'barkier' dogs in the traditional Central African context because barking could lead enemies to humans' forest encampments. While dogs that resemble the basenji in some respects are commonplace over much of Africa, the breed's original foundation stock came from the old growth forest regions of the Congo Basin, where its structure and type were fixed by adaptation to its habitat, as well as use (primarily net hunting in extremely dense old-growth forest vegetation). 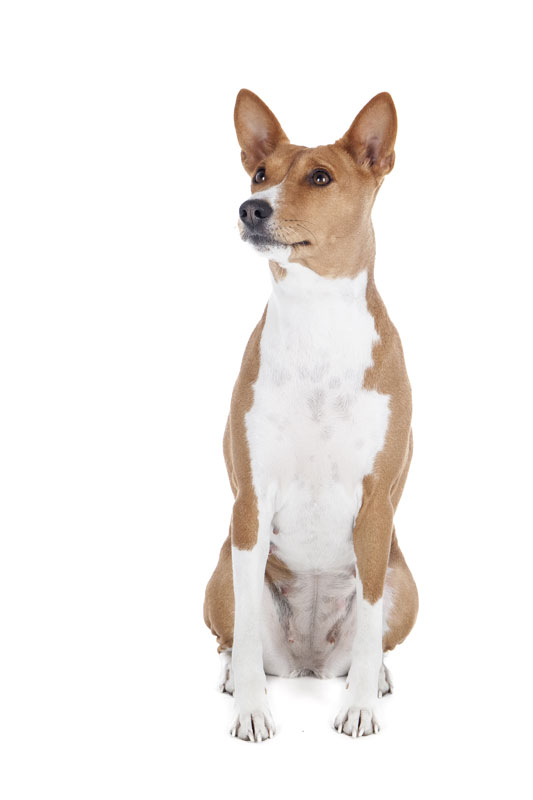