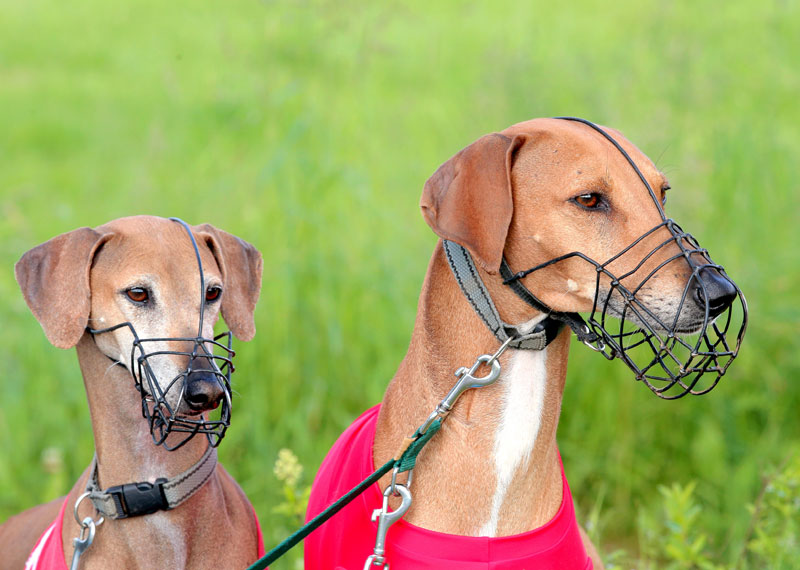 The Azawakh is a sighthound dog breed from Africa.

Bred by the, Fula people and various other nomads of the Sahara and sub-Saharan Sahel in the countries of Mali, Niger, Burkina Faso, and southern Algeria, the breed is used there as a guard dog and to hunt gazelle and hare at speeds up to 40 miles per hour. The austerity of the Sahel environment has ensured that only the most fit dogs survive and has accentuated the breed's ruggedness and independence. Unlike some other sighthounds, the Azawakh is more of a pack hunter and they bump down the quarry with hindquarters when it has been tired out. In role of a guard dog, if an Azawakh senses danger it will bark to alert the other members of the pack, and they will gather together as a pack under the lead of the alpha dog, then chase off or attack the predator. The Sloughi, by comparison, is more of an independent lone hunter and has a high hunting instinct.They are relatively uncommon in Europe and North America but there is a growing band of devotees. Azawakhs have a range of temperaments from lap dog to quite fierce. Lifelong socialization and firm but gentle handling are critical. Well socialised and trained, they can be good with other dogs, cats, children, and strangers. Azawakh may be registered with the FCI in the USA via the Federación Canófila de Puerto Rico (FCPR). European FCI clubs and the AKC recognize the FCPR as an acceptable registry. The American Kennel Club currently recognizes Azawakh as a Foundation Stock Service Program breed and they are eligible to participate in AKC-sanctioned Companion & Performance events. The breed will enter the AKC Miscellaneous Class on June 30, 2011. The American Azawakh Association (AAA). is the AKC Parent Club for the Azawakh. Azawakh may be registered with the United Kennel Club and American Rare Breed Association. The breed is not yet registered by Canadian Kennel Club. Azawakh are eligible for American Sighthound Field Association and American Kennel Club lure coursing and NOFCA open field coursing events.

Recent genetic, blood protein and archaeological studies, as well as direct observation in the field, offer a glimpse into the origin of the contemporary Azawakh breed. It originated from the pariah dogs of sub-Saharan Africa—also called bush dogs or basenji—and is also closely related to the Sloughi of the Maghreb. Despite morphological similarities, mitochondrial DNA evidence shows that it is only very distantly related to other sight hounds. Azawakh have a rare glucose isomerase allele (GPIB) that occurs only in foxes, jackals, Eurasian wolf#Italian wolf, Sloughi dogs and a handful of other quite unrelated rare dogs found mostly in Japan. The presence of the GPIB suggests an ancient differentiation of the Azawakh from other dog populations near the base of the dog family tree divergence from wolves or perhaps a uniquely African cross-breeding with local African canids such as jackals. Petroglyph rock art dating from 8,000 to 10,000 years ago during the Green Sahara (also known as the Holocene and Neolithic Subpluvial) shows cursorial dogs in conjunction with hunters. Archaeologists have found dog bones buried in Holocene settlements in the Sahara. At the close of the Holocene Wet Phase in the 4th millennium BCE, the Sahara returned to desert and created a formidable physical barrier to travel. Together, this evidence suggests that the Azawakh population has a unique genetic heritage that has been largely isolated from other dog populations for millennia.In the common era the Sahel dogs are almost totally isolated from northern dogs by the Sahara, but the ties to the pariah dogs to the south are extremely close. Azawakh are virtually indistinguishable from the Sahel pariah dog population from which they are drawn. In addition to a basic physical structure, the Azawakh share a number of unique traits with the pariah dogs:* intense suspicion of the unknown
* strong guarding instinct
* pack hunting behavior
* complex social hierarchies
* unique vocalizations
* extra pre-molar teeth
* strong instinct to dig densThroughout the Sahel, very elegant puppies can be found among rustic siblings. The Sahel nomads do not have the same breed concepts as in the West and, unlike the Bedouin of the North, do not recognize a strict separation of al hor (noble) from kelb (mongrel) dogs. The nomads act as an extra level of selection on top of the intense natural selection pressure of the Sahel environment. The approach to selection is diametrically opposed to Western breeding. Instead of selecting which dogs to breed upon maturity, they decide which puppies should live. This approach has the advantage of maintaining a large reservoir of genetic variability and resilience.The peoples of the Sahel control dam lines and cull puppies heavily at birth according to locally held aesthetic criteria that are not yet fully understand. In the Sahel, color is not a selection criterion. The alpha male dog from the local population is usually the sire. Unless it is a wet year, only one puppy from a litter might be selected to live. Females are usually culled unless the family projects a need for more dogs in the future.

Azawakhs are an incredibly sound coursing hound. Serious coursing injuries are rare. The dogs heal very quickly from injury.Azawakh have no known incidence of hip dysplasia. There is a small occurrence of adult-onset idiopathic epilepsy in the breed. Wobbler disease or cervical vertebral instability, does rarely occur. Some breeders believe this is largely a developmental problem where puppies grow too quickly due to a high-protein Western diet. 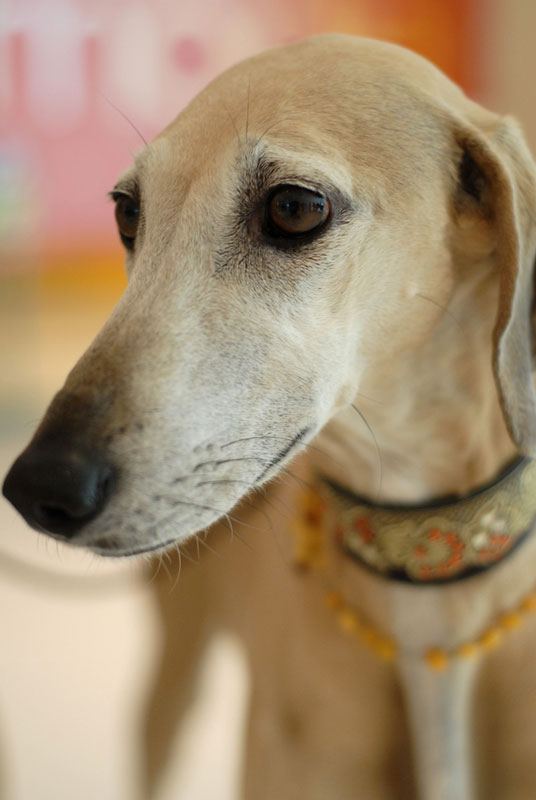