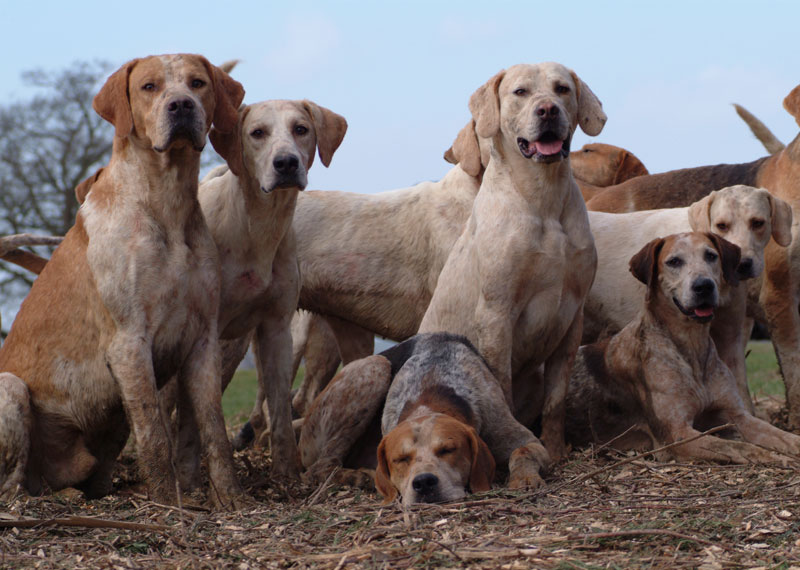 The American Foxhound is a dog breed that is a cousin of the English Foxhound. They are scent hounds, bred to hunt foxes by scent.

In 1650, Robert Brooke sailed to Crown Colony in North America with his pack of hunting dogs, which were the root of several strains of American Hounds. These dogs remained in the Brooke family for nearly 300 years. George Washington received French Foxhounds, Grand Bleu de Gascogne, (which look much like an American Bluetick Coonhound) as a gift from the Marquis de Gilbert du Motier, marquis de Lafayette. Many of the dogs Washington kept were descended from Brooke's, and when crossed with the French hounds, helped to create the present day American Foxhound. The American Foxhound is known to originate from the states of Maryland and Virginia, and is the state dog of Virginia. Though there has long been a rumor that the new breed was originally used for hunting Indigenous peoples of the Americas, this is not true. The breed was developed by landed gentry purely for the sport of hunting foxes. With the importation (or migration) of the red fox, Irish Foxhounds were added to the lines, to increase speed and stamina in the dog, qualities still prevalent in today's dogs. One quality that the American Foxhound is famous for is its musical howl that can be heard for miles. This is actually one reason that this breed does not do well in city settings. The breed was first recognized by the American Kennel Club in 1886. Today, there are many different strains of American Foxhound, including Walker, Calhoun, Goodman, Trigg Hound, July and Penn-Marydel. Though each strain looks quite different, they are all recognized as members of the same breed. Most show hounds are Walkers, many of the pack hounds (used with hunting foxes on horseback) are Penn-Marydel and hunters use a variety of strains to suit their hunting style and quarry.

This breed is not generally a breed that carries genetic disorders. However they can easily become overweight if being overfed. A minor health risk in American Foxhounds is thrombocytopathy or platelet disease. This comes from poorly functioning blood platelets and can result in excessive bleeding from minor bumps or cuts. The treatment is usually based on the severity of the disease. Owners will often have their American Foxhounds undergo blood tests so that the condition can be caught early on. While dysplasia was largely unknown in Foxhounds, it is beginning to crop up occasionally, along with some eye issues. It is not typical or customary for Foxhound breeders to screen for any hereditary disorders at this time. The breed's lifespan is generally 10–12 years. The American Foxhound is an energetic breed. According to some veterinarians and trainers, it needs plenty of exercise, for example, a fairly long walk followed by a game of fetch (game). 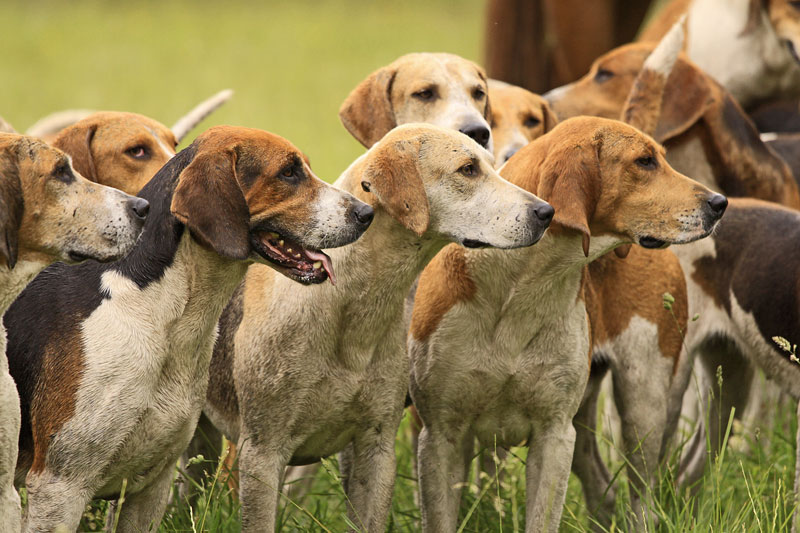