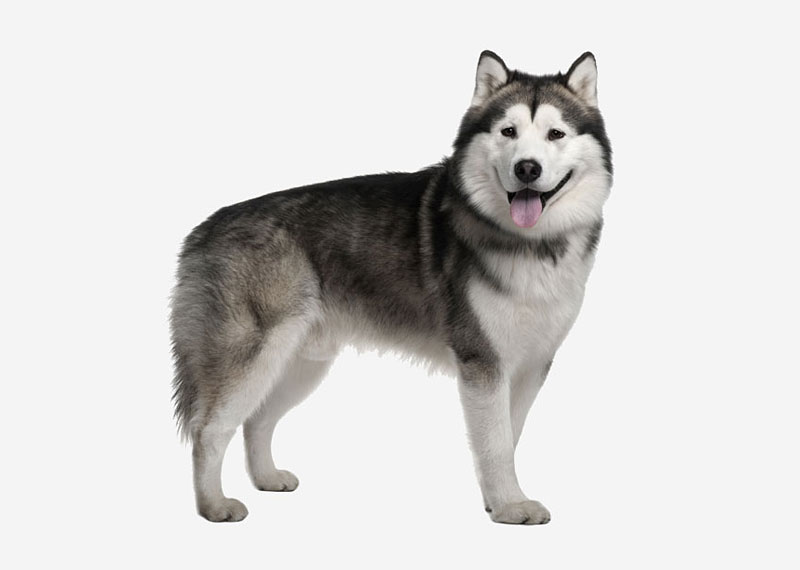 The Alaskan Malamute is a generally large breed of domestic dog (Canis lupus familiaris) originally bred for use hauling heavy freight because of their strength and endurance, and later an Alaskan sled dog. They are similar to other arctic breeds, like the Canadian Eskimo Dog, the Siberian Husky and the Samoyed.

In some accounts, the Alaskan Malamute is described as a descendant of dogs of the Mahlemut (now known as Kuuvangmiut or more commonly Kobuk) group of in upper western Alaska. These dogs had a prominent role with their human companions – as a utilitarian dog, working, hunting, and living alongside humans. The dogs were renowned for their excellent hunting abilities and were used to hunt large predators such as bears. They also aided their owners in finding seals by alerting to seal blow holes. The interdependent relationship between the Mahlemut and their dogs fostered prosperity among both and enabled them to flourish in the inhospitable land above the Arctic Circle.For a brief period during the Klondike Gold Rush of 1896, the Malamute and other sled dogs became extremely valuable to recently landed prospectors and settlers, and were frequently crossbred with imported breeds. This was often an attempt to improve the type or to make up for how few true Malamutes were available to purchase. This seems to have had no long-standing effect on the modern Malamute, and 2004 DNA analysis shows that Malamutes are one of the ancient dog breeds, genetically distinct from other dog breeds. A study in 2013 showed that the Alaskan Malamute has a similar east Asian origin to, but is not clearly related to, the Greenland Dog and the Inuit Sled Dog (Canadian Eskimo Dog), but contains a possible admixture of the Siberian Husky.(AKC) "Breed recognition came in 1935, largely through the efforts of Mrs. Eva B. Seeley. At that time many dogs were of unknown ancestry. Those who appeared purebred were used for breeding, others weeded out. After a few years the registry was closed." "Losses from service in World War II all but eliminated the breed. In 1947 there were estimated to be only about 30 registered dogs left, so the stud book was reopened. Mr. Robert J. Zoller became involved in the breed and took this opportunity to combine M’Loot and Hinman/Irwin dogs with selected Kotzebues to create what became the Husky-Pak line. All modern Malamutes are descended from the early strains, and show combinations of characteristics in greater or lesser degree. Thus the natural differences we see today." The Malamute dog has had a distinguished history; aiding Richard E. Byrd to the South Pole, and the miners who came to Alaska during the Klondike Gold Rush of 1896, as well as serving in World War II primarily as search and rescue dogs in Greenland, although also used as freighting and packing dogs in Europe. This dog was never destined to be a racing sled dog; it was used for heavy freighting, pulling hundreds (maybe thousands) of pounds of supplies to villages and camps in groups of at least 4 dogs for heavy loads.The Alaskan Malamute is a member of the Spitz group of dogs, traced back 2,000 to 3,000 years ago to the Mahlemuits tribe of Alaska.In 2010 the Alaskan Malamute was named the official state dog of Alaska.

There is only one known health survey of Alaskan Malamutes, a 2004 UK Kennel Club survey with a small sample size of 14 dogs. The median lifespan of 10.7 years measured in that survey is typical of a breed their size, however this study had too small of a sample size to be considered reliable and much anecdotal evidence suggests they have on average one of the longest lifespans of large dogs, up to 15 years. The major cause of death was cancer (36%).

The most commonly reported health problems of Alaskan Malamutes, in the 2004 UK Kennel Club survey (based on a sample size of 64 dogs) were musculoskeletal (Hip dysplasia (canine)), and hereditary cataracts. There are additional health issues in the breed whose origins are unknown at this time including varied seizure disorders found in young puppies as well as adults, Epilepsy, congenital heart problems, kidney problems and skin disorders.Other health issues in Malamutes include Elbow dysplasia, Polyneuropathy in dogs and cats, chondrodysplasia, heart defects, and eye problems (particularly cataract and progressive retinal atrophy). A growing problem among arctic dog breeds, including the Alaskan Malamute, but especially their cousin, the Samoyed, is canine diabetes with onset occurring typically in middle age (5 to 7 years) 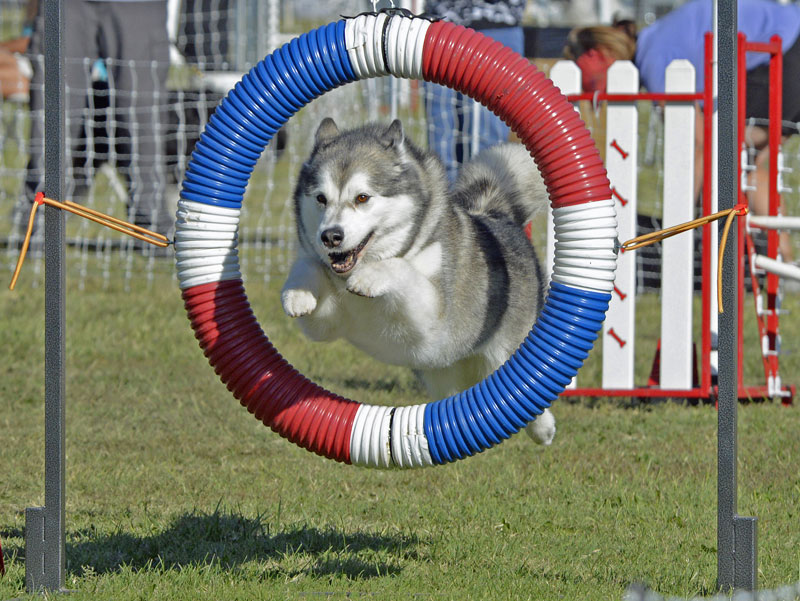 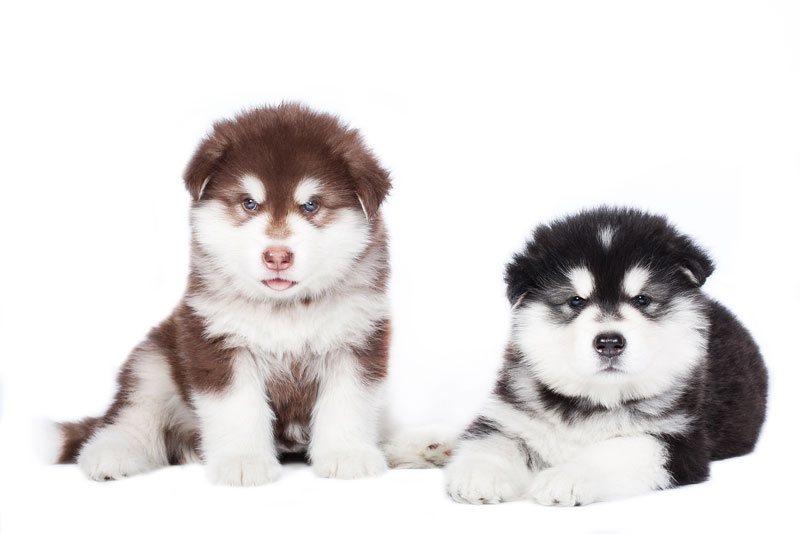 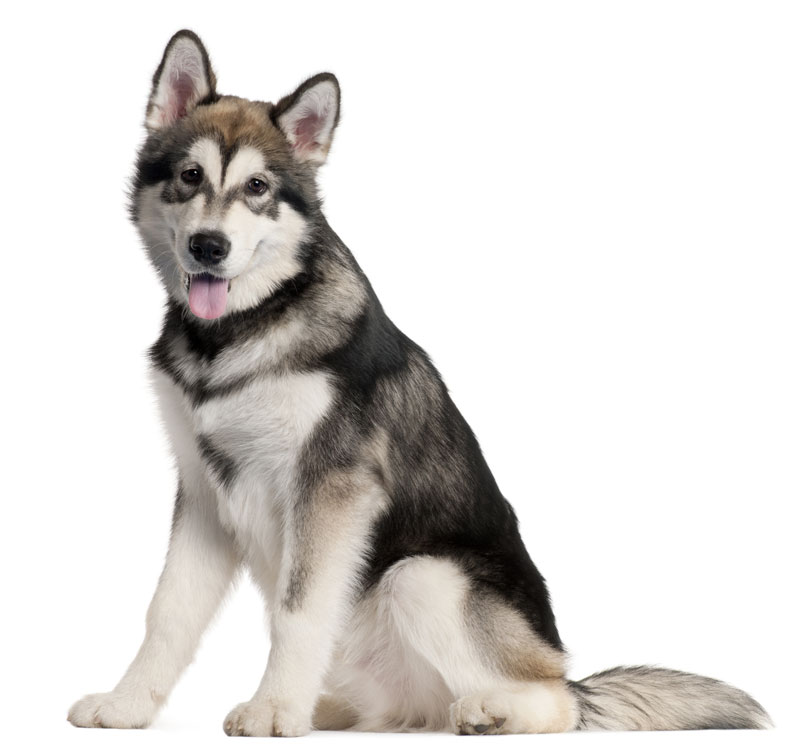