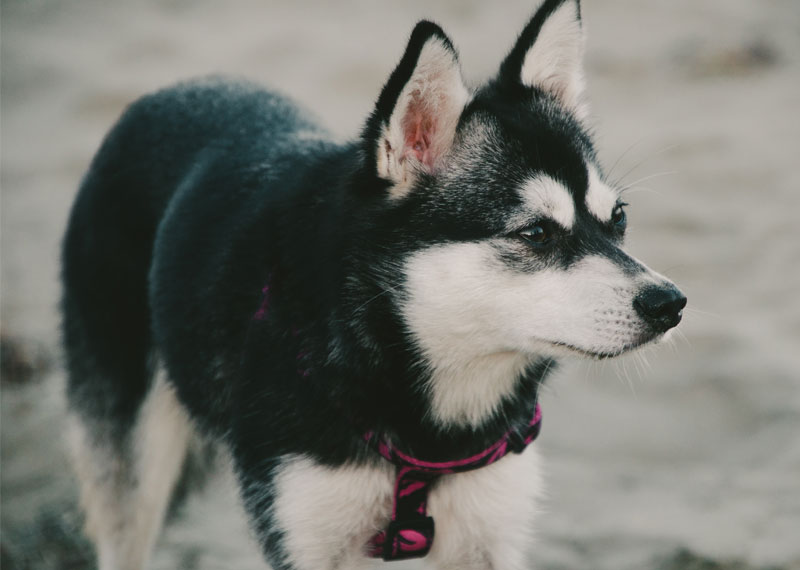 The Alaskan Klee Kai is a spitz type dog breed, developed in the 1970s to create a companion sized dog resembling the Alaskan Husky (a mixed breed of dog used for sled racing). It is an energetic, intelligent, apartment-sized dog with an appearance that reflects its northern heritage. The breed was developed with Siberian Husky and Alaskan Husky Huskies, using Schipperke and American Eskimo Dog to bring down the size without dwarfism. She bred these dogs in private until she released them to the general public in 1988. Originally called the Klee Kai, the breed split into Alaskan Klee Kai and Klee Kai for political reasons in 1995. The breed consolidated as its current name in 2002. The Alaskan Klee Kai was officially recognized by the American Rare Breed Association (ARBA) in 1995 and by the United Kennel Club (UKC) on January 1, 1997. This double coat allows them to have thermal protection from extreme hot and cold weather.Like the Siberian Husky, the Alaskan Klee Kai typically requires relatively easy care. They are extremely clean. Most do not like wet feet and will spend hours daily grooming themselves. Alaskan Klee Kai, like many other northern breeds, do not have a typical "doggy odor" or "doggy breath." Most Klee Kai will seldom require a bath. They are rather efficient, so no grooming is needed. You never want to shave an Alaskan Klee Kai unless for medical reasons. They need their coat to keep them cool and to protect their skin. Also like Siberians (and unlike short haired dogs who Coat#Shedding all year), the Klee Kai blows its coat twice a year. Of course, the size of the dogs limits the amount of fur blown. It is best to Dog grooming the dog on a regular basis during this time. Some of the longer haired dogs can become matted if not groomed. Most Klee Kai will assist the loss of hair by rubbing against things such as fences. Other than this period of blowing coat, the Klee Kai is very self-sufficient. The normal preventative measures should be taken, such as trimming of nails, normal grooming in the form of brushing. This process is especially important in the bonding process.The Alaskan Klee Kai has a double coat; an undercoat that is short and soft and an outer coat that is made of longer guard hairs. This double coat allows them to have thermal protection from extreme hot and cold weather.

Previously the Alaskan Klee Kai was thought to have been remarkably free of genetic defects when compared to other small dog breeds. Currently there is a growing concern among veterinarians that the breeding for smaller size has caused a growth in the percentage of puppies dying of hydrocephalus. Studies are on going at this time.Other health concerns that the breed may suffer from have yet to be discovered because of the breed's relatively young age and small gene pool. Responsible Alaskan Klee Kai breeders have their dogs health tested and registered with OFA for cardiac, patellar, and thyroid issues. They are now accepted by CHIC also, if they have passed their OFA exams and eye exam by CERF. 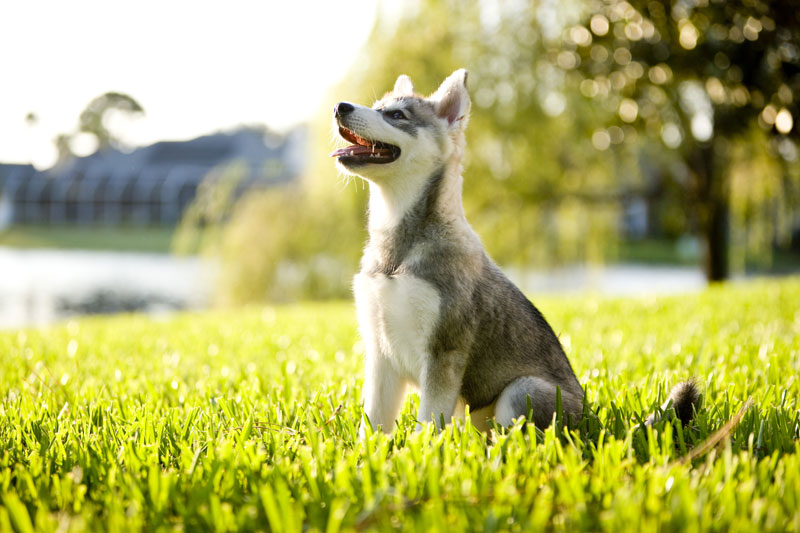