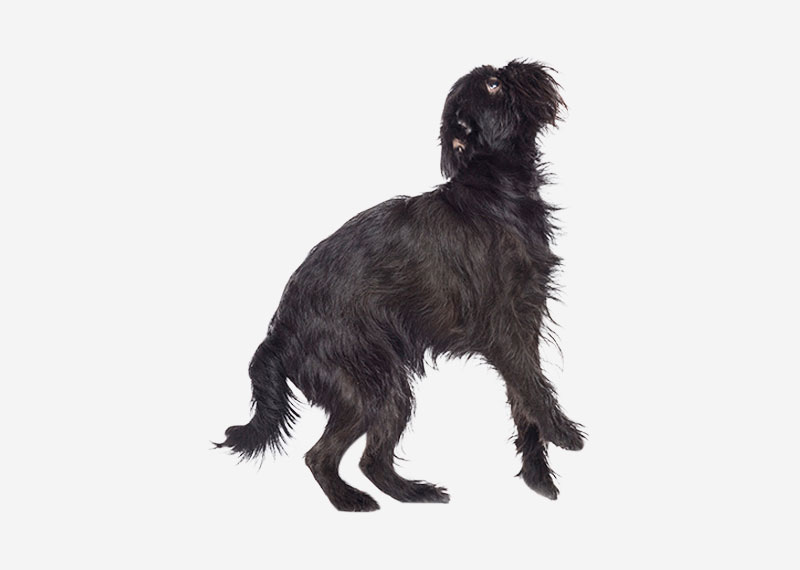 The affenpinscher is a terrier-like toy breed of dog.

The breed is Germany in origin and dates back to the seventeenth century. The name is derived from the German language Affe (ape, monkey). The breed predates and is ancestral to the Griffon Bruxellois (Brussels Griffon) and Miniature Schnauzer.Dogs of the Affenpinscher type have been known since about 1600, but these were somewhat larger, about 12 to 13 inches, and came in colors of gray, fawn, black and tan, gray and tan, and also red. White feet and chest were also common. The breed was created to be a ratter, working to remove rodents from kitchens, granaries, and stables.Banana Joe V Tani Kazari (AKA Joe), a five-year-old Affenpinscher, was named List of Best in Show winners of the Westminster Kennel Club Dog Show at the 2013 Westminster Kennel Club Dog Show in New York City. This win is notable since it is the first time this breed has won Best in Show at Westminster.

A small sample (N=21) of affenpinschers in a UK survey had a median lifespan of 11.4 years, which is a typical lifespan for a purebred dog, but a bit lower than most breeds of their size. The most common causes of death were old age (24%), urologic (19%), and "combinations" (14%). Some are prone to fractures, slipped stifle, pda, open fontanel and respiratory problems in hot weather.
The affenpinscher is prone to Hip dysplasia (canine). As with many small breeds of dog, they are prone to collapsed trachea and luxating patella. Cataracts are occasionally reported. However, every hair shaft in the dog coat grows from a hair follicle. Each shaft has a cycle of growing, then dying and being replaced by another shaft. When the hair shaft dies, the hair is shed. The length of time of the growing and shedding cycle varies by breed, age, and by whether the dog is an inside or outside dog.Frequent grooming reduces the amount of loose fur in the environment. 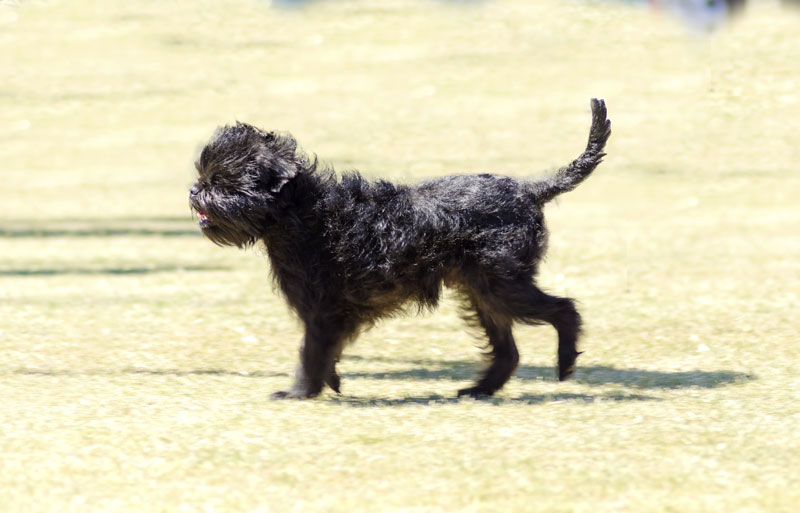 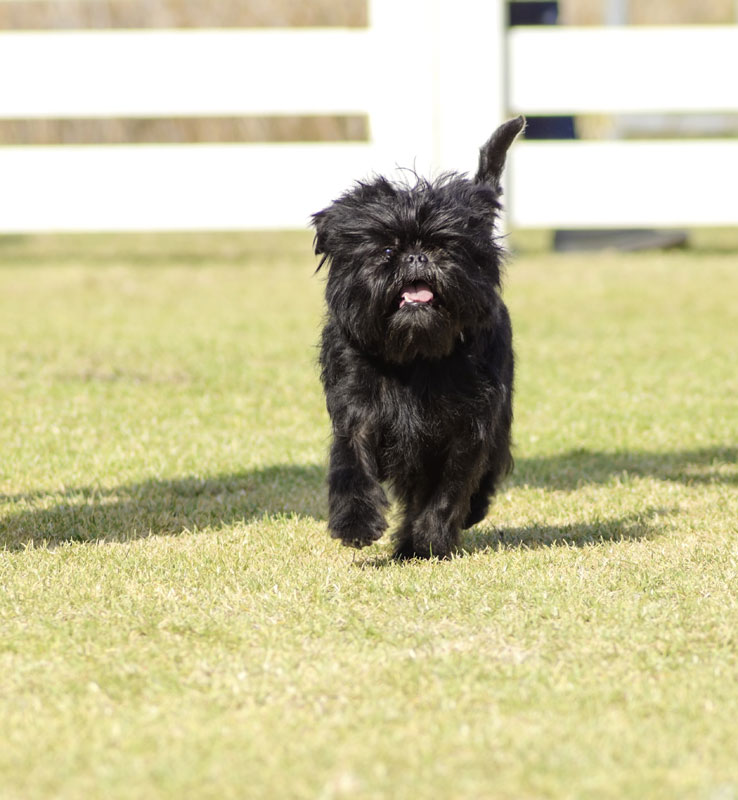