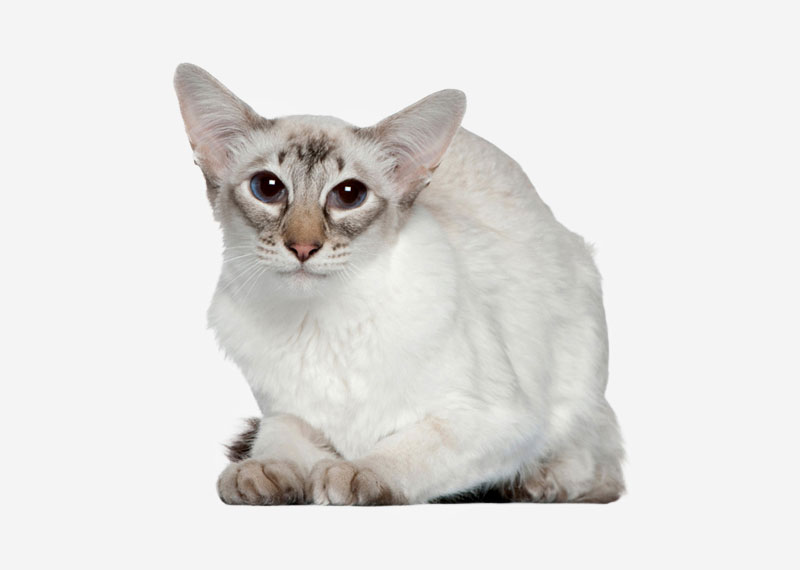 The Oriental Shorthair is a breed of domestic cat that is closely related to the Siamese. It maintains the modern Siamese head and body type but appears in a wide range of coat colors and patterns. Like the Siamese, Orientals have almond-shaped eyes, a triangular head shape, large ears, and an elongated, slender, and muscular body. Their personalities are also very similar. Orientals are social, intelligent, and many are rather vocal. They often remain playful into adulthood, with many enjoying playing fetch. Despite their slender appearance, they are athletic and can leap into high places. They prefer to live in pairs or groups and also seek human interaction. Unlike the breed's blue-eyed forebear, Orientals are usually green-eyed. The Oriental Longhair differs only with respect to coat length.

While the breed's genetic roots are ultimately in Thailand, it was formally developed principally in the US. The Oriental Shorthair was accepted in 1977 by the Cat Fanciers' Association for championship competition. Since 1997, it has also received recognition from the GCCF and various other cat breeding organizations. The breed is among the most popular among CFA members.

According to the CFA breed profile, "Orientals represent a diverse group of cats that have their foundation in the Siamese breed." The Siamese, in both pointed and solid colors, was imported to the UK from Siam (today, Thailand) in the later half of the 1800s, and from there spread widely, becoming one of the most popular breeds. The gene that causes the color to be restricted to the points is a recessive gene; therefore, the general population of the cats of Siam were largely self-colored (solid). When the cats from Siam were bred, the pointed cats were eventually registered as Siamese, while the others were referred to as "non-blue eyed Siamese" or "foreign shorthair". Other breeds that were developed from the landrace cats of Thailand include the Havana Brown (which some breed registries classify as simply an Oriental Shorthair variant) and the Korat.

The Oriental Shorthair was accepted as an actual breed for championship competition in the US-headquartered CFA in 1977. In 1985, the CFA recognized the bicolor variant. Two decades later, the breed was finally recognized by the UK-based Governing Council of the Cat Fancy (GCCF) in 1997, but with some differences from CFA on coat conformation. GCCF publishes separate breed registration policies for a number of specific-coat Oriental Shorthair variants today. The Germany-based World Cat Federation (WCF) recognizes the breed, but with color requirements that are comparatively unrestrictive in some way, but notably opposed to white ("All colours and patterns without white and without points are recognized.")

In the Cat Fanciers' Association (CFA), some of the point-colored offspring from Oriental Shorthair parents are considered "any other variety" (AOV), but depending on the pedigree, some may compete as Colorpoints. In The International Cat Association (TICA) and many other cat fancier and breeder associations, these cats are considered to be, and compete as, Siamese, when recognized at all. 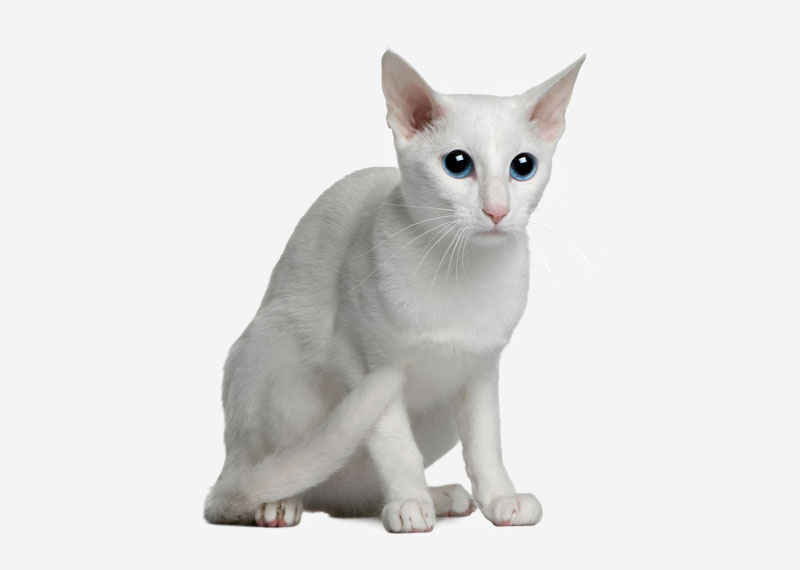 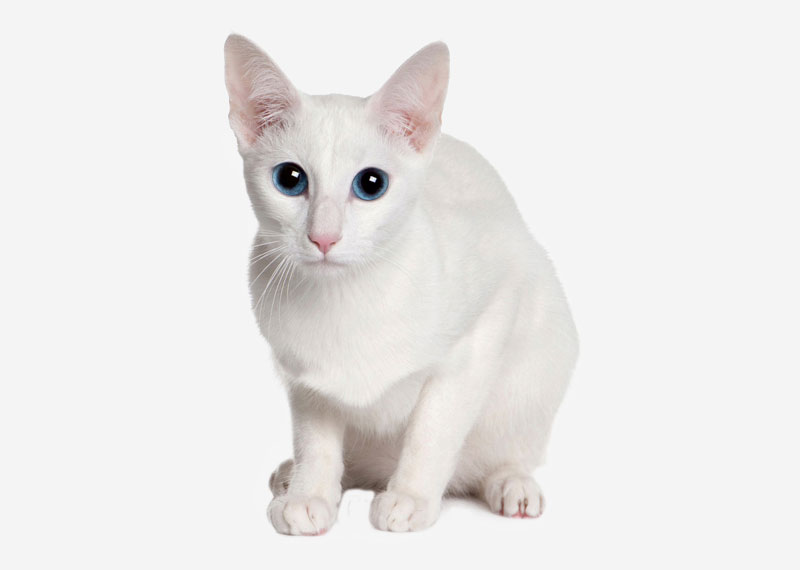