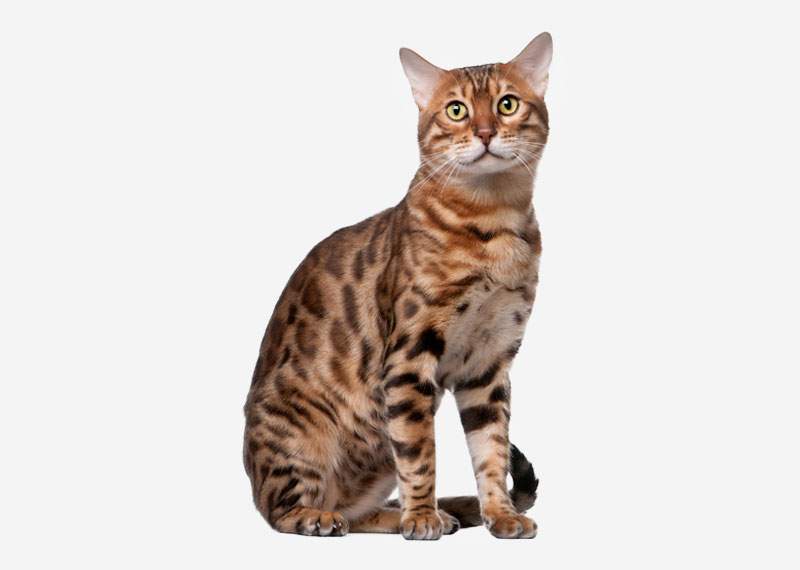 The Ocicat is an all-domestic breed of cat which resembles a wild cat but has no wild DNA in its gene pool. The breed is unusual in that it is spotted like a wild cat but has the temperament of a List of domesticated animals. It is named for its resemblance to the ocelot. The breed was established from Siamese (cat) and Abyssinian (cat) stock; later, American Shorthairs (silver tabbies) were added to the mix and gave the breed their silver color, bone structure and distinct markings.

The first breeder of Ocicats was Virginia Daly, of Berkley, Michigan, who attempted to breed an Abyssinian-pointed Siamese in 1964. The first generation of kittens appeared Abyssinian, but the result in the second generation was not only the Abyssinian-pointed Siamese, but a spotted kitten, Tonga, nicknamed an 'ocicat' by the breeder's daughter. Tonga was neutered and sold as a pet, but further breedings of his parents produced more spotted kittens, and became the basis of a separate Ocicat breeding program. Other breeders joined in and used the same recipe, Siamese to Abyssinian, and offspring to Siamese. In addition, due to an error by CFA in recording the cross that produced the Ocicat, the American Shorthair was introduced to the Ocicat giving the breed larger boning and adding silver to the 6 colors. The Ocicat was initially accepted for registration in The Cat Fanciers' Association, Inc., and was moved into Championship for showing in 1987. Other registries followed. Today the Ocicat is found all around the world, popular for its all-domestic temperament but wild appearance.