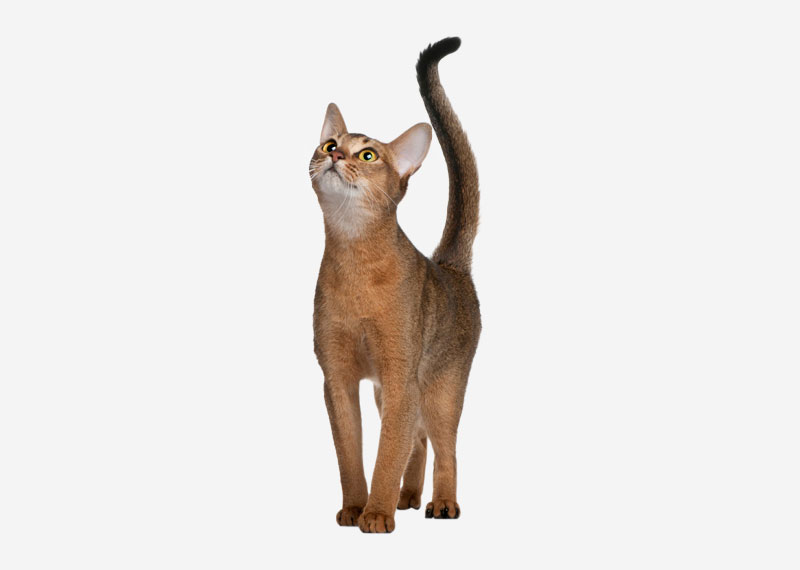 The Abyssinian /æbɨˈsɪniən/ is a breed of domestic shorthaired cat with a distinctive "ticked" tabby coat, in which individual hairs are banded with different colors.

It is named after the country (now known as Ethiopia), from where it was first thought to have originated; more recent research now places its origins somewhere near the Egyptian coast. The Abyssinian has since become one of the most popular breeds of shorthair cat in the USA.

The Abyssinian cat as it is known today was developed in Great Britain. The name 'Abyssinian' refers to Ethiopia, in reference to widely-spread stories of British soldiers deployed to North Africa in the nineteenth century returning home with kittens purchased from local traders.

However, more recent genetic research suggests the breed actually originated in Egypt and other areas near the coast of the Indian Ocean, where colonists may have purchased animals from wild animal traders. The modern breed is believed by some to have originated from one female kitten named Zula, who was taken from Alexandria by a British soldier and brought to England in 1868. However, there is no solid link between Zula and the cat first listed as an Abyssinian in 1882.

The breed can be prone to gingivitis, which can lead to more serious periodontitis. Familial renal amyloidosis or AA amyloidosis, a kidney disorder due to a mutation in the AA amyloid protein gene, has been seen in Abyssinians. The Abyssinian has had severe problems with blindness caused by a hereditary retinal degeneration due to mutations in the rdAc gene. However, the prevalence has been reduced from 45% to less than 4% in 2008 in the country of Sweden. With the widespread availability of rdAc mutation detection tests and services, such as those provided by the UC Davis Veterinary Genetics Laboratory, it is possible to reduce the disease frequency in all populations of Abyssinian

The 2008 study The Ascent of Cat Breeds: Genetic Evaluations of Breeds and Worldwide Random-bred Populations by Lipinski et al. conducted at UC Davis by the team led by leading feline geneticist Dr Leslie Lyons found that the Abyssinian has a low level of genetic diversity, a heterozygosity value of 0.45 within a range of 0.34-0.69 for all breeds studied, and has genetic markers common to both Southeast Asian and Western breeds indicating that cats from both Asia and Europe were used to create the breed. 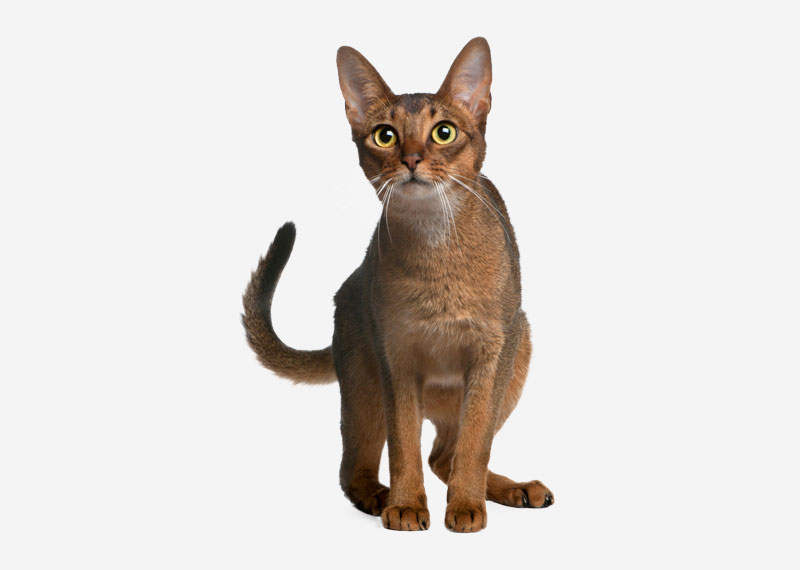 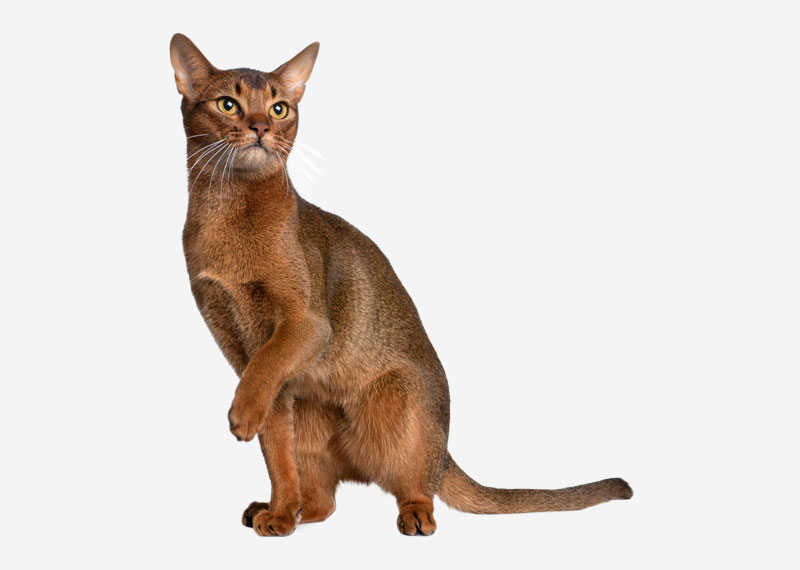