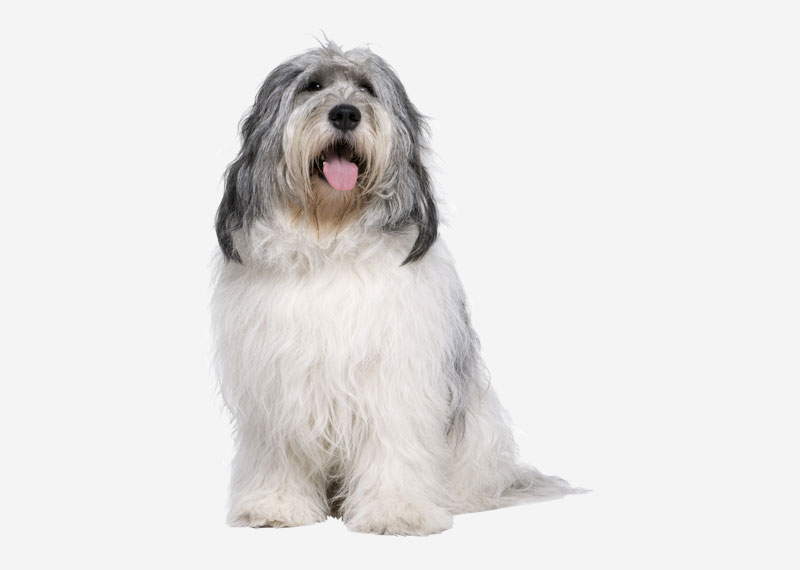 Known in its present form in Poland from at least the thirteenth century, the PON is most likely descended from the Puli and the herding dogs.Kazimierz Grabski, a Polish merchant, traded a shipment of grain for sheep in Scotland in 1514, and brought six PONs to move the sheep. A Scottish shepherd was so impressed with the herding ability of the dogs that he traded a ram and two ewes for a dog and two female dogs. These dogs were bred with the local Scottish dogs to produce the Scottish herding dogs, most obviously the Bearded Collie.Almost driven to extinction in World War II, the PON was restored mainly through the work of Dr. Danuta Hryniewicz and her dog, Smok ("Dragon"), the ancestor of all PONs in the world today, who sired the first ten litters of PONs in the 1950s.In fact, Dr. Hryniewicz considered Smok to be the epitome of the breed, with a perfect anatomical build and a wonderful temperament. Smok set the standard and type that was emulated by PON breeders for generations to come, and from which the first official standard for the PON was finally written, and accepted by the FCI, Fédération Cynologique Internationale, in 1959. He is considered to be the 'father' of the modern Polish Lowland Sheepdog. His moderate build lends itself to working effortlessly all day long, running with ease to herd the sheep. Pictures of Smok can be seen in the book, "The Official Book of the Polish Lowland Sheepdog".The American Kennel Club recognized the Polish Lowland Sheepdog as a breed in the Herding Group in 2001.